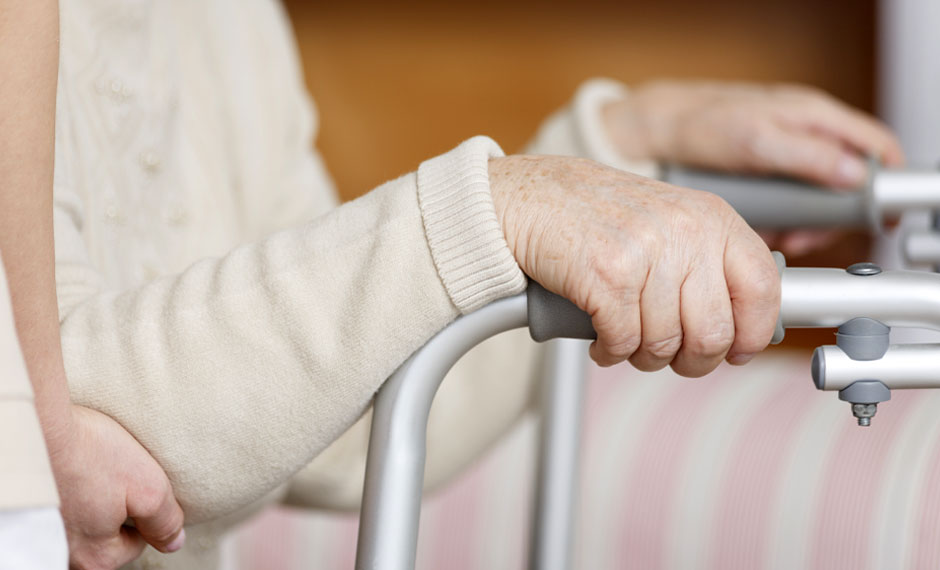 Parkinson's disease is a neurodegenerative disorder that causes uncontrollable or unintended movements, often with difficulty in balancing and coordination. This happens due to the damage occurring in nerve cells subsequently dropping the dopamine hormone levels.

Symptoms of the disease show up slowly and gradually worsen over time. People may find it difficult to walk and talk when the disease progresses. They may also experience mental and behavioral changes, sleep problems, depression, memory loss, and fatigue.

- Shaking or tremor of hands, face, and limbs

- Rigidity in muscles and contractions for a long time

- Lack of balance and coordination

You may also experience:

- Trouble in swallowing, chewing, and speaking

The holistic treatment - Ayurveda is a known ancient Indian, natural system of medicine that has been practiced for over 5,000 years. As a whole, Ayurveda focuses on complete rejuvenation of the body, mind, and spirit, and promotes a sense of wellbeing. Ayurveda treatment for Parkinson’s disease or Kampavata focuses to balance the disturbed dosha and restore balances in the mind, body, and soul.

Ayurvedic treatments can help prevent the degeneration of brain cells, which can enhance better and overall motor movements. Among the three life forces, Vata dosha (space and air) is the driving force that mobilizes the function of the nervous system and relates to the body’s energy center. The treatment for Parkinson’s disease includes both internal and external administration of medicines in various forms focused to reverse the Vata imbalance.

Administering Panchakarma (based on the condition of the patient) as a combination of therapies using herbal medicines works on tremors, and rigidity and helps nourish the nervous system. Also, the bio-cleansing procedures in Shodhana therapy using herbal medicines normalize the vitiated doshas. Ayurveda gives utmost importance to the prevention and elimination of diseases. There are many Ayurvedic Panchakarma Centres that strictly follow the ancient treatment methods in Kerala. Au Revoir is a renowned Ayurveda Treatment Centre in Palakkad that offers the best panchakarma therapies to relieve you from all such ailments.

Abhyanga: It is the best treatment for pacifying the Vata. It helps to promote and control the proper functioning of Vata. It also stimulates the sensory nerve endings and strengthens the muscles.

Svedana: The procedure gives relief to the stiffness in Parkinson’s patients. It increases the blood flow delivering high levels of oxygen and nutrients to injured cells.

Vasti: Depending on the strength of the patient Shodhana treatments are administered to ease Vata dosha. Among the Panchakarma, Vasti is an important Shodhana type of treatment that plays nourishing action on the nervous system and is thus crucial for the management of Parkinson’s disease.

Shirovasti: It is very beneficial in Vata disease. In this procedure, the oil is made to retain on the scalp for a prescribed time which promotes sleep and calms the mind. As it nourishes the brain, it is known to be good for the management of Parkinson’s disease.

Shirodhara: Shirodhara with lukewarm oils is found to have pacifying effects that result in a kind of relaxation response. It relieves the hyper-action of vitiated dosha. Shirodhara showed significant improvement in Kampa (tremor).

Nasya: It is the most commonly used therapy for treatments of urdhva jatrugata (head and neck) diseases, but it is also administered sometimes in Parkinson’s disease management. It helps normalize Vata dosha.

Dietary :Consumption of functional foods rich in food supplements, vitamins, and antioxidants plays an important role in the treatment and prevention of neurodegenerative diseases. Improvement in a digestive capacity directly contributes to the effectiveness of the medicines and treatments given.

Yoga: Practicing yoga and meditation helps to focus on controlling symptoms, and internal energies and helps relax and reduce stress or anxiety.

Parkinson’s is a progressive nervous system disease that affects the movement of an individual. Although genetics are thought to play a role in Parkinson's disease, in most cases the disease is not found in families. Many researchers now believe that Parkinson's is the result of a combination of genetic and environmental factors, such as exposure to toxins. Even though the disease can't be cured completely, the medications can help significantly improve the symptoms.