Yoga and Ayurveda: A Holistic System of Wellbeing 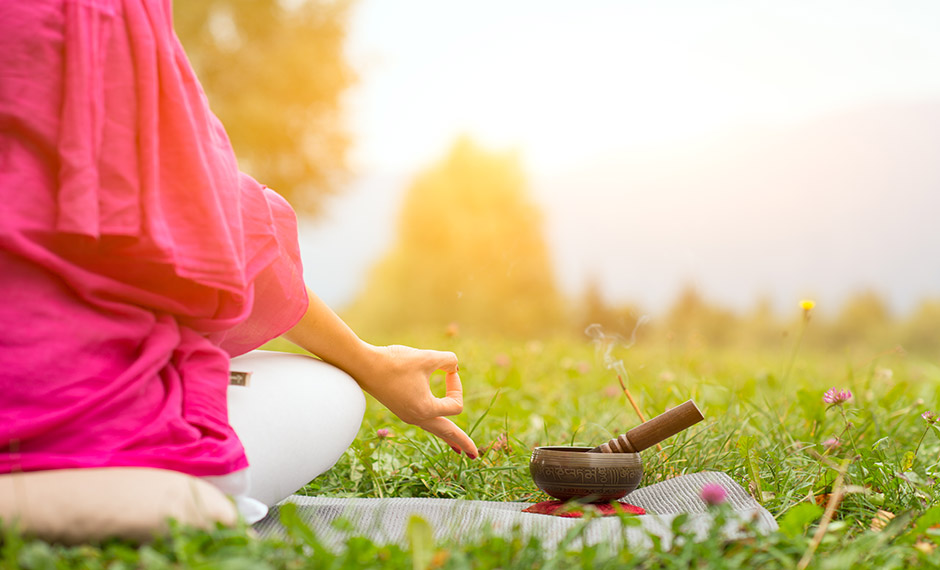 Yoga and Ayurveda are more than just poses and healing herbs. Both of them embrace all of humankind and the cosmos. Since ancient times, Yoga and Ayurveda have co-evolved and have a long history of being closely connected. They are undoubtedly two interconnected branches of the same vast tree of Vedic knowledge. Understanding the distinct functions of Ayurveda and Yoga within the Vedic system is crucial in this regard. Each has a specific space and purpose, but they all intersect in different ways. Therefore, it's crucial to understand how Ayurveda and Yoga fit into the Vedic framework.

The evolution of Ayurveda

In the Vedic environment, Ayurveda originated as the Upaveda, or supplemental Vedic scripture, which concentrated on the health and general healing of both body and mind. Ayurveda didn't start out as a separate branch of medicine; rather, it was an application of Vedic mantras. Every extant Vedic book, especially Vedic rituals, and mantras have a possible Ayurvedic or healing use. Sarvayur, which means life span as well as the entirety of life, is claimed to be one of the primary goals of several Vedic activities. Recovery and increased lifespan are believed to be common effects of Vedic activities, and specific Vedic rites are especially associated with them. Furthermore, Discover the many benefits of yoga.

Ayurveda is typically considered to be a subset of the Atharva Veda, which has the most mantras specifically aimed at healing. All the Vedas contain elements of Ayurveda, which are also inherent in the Vedic cosmology and Devatas.

Vedic Yoga, for instance, emphasizes how the Vedic Devatas, or inestimable energies, like Agni, Vayu, and Soma, act in the mind as powers of inward reconciliation and self-acknowledgment. This is what we see in the Svetsvatara Upanishad.

The origin of yoga

The origin of yoga can be traced to the tradition of Rigvedic Mantra Yoga, old Vedic literature that was written thousands of years ago. The Rishis' mantras that are described in them encourage Yoga, or union with the universe's higher powers of consciousness, and lay the groundwork for the self-knowledge and cosmic knowledge that was later mentioned in the Vedanta and other Vedic sciences.

Vedic mantras, together with the related rituals and meditations, were frequently used to invoke the Devatas or the Divine forces that govern nature and the soul in order to achieve both inner and exterior goals in life. In the Vedas, these immense forces are primarily described as five key elements: fire, air, electrical energy, sun, and moon. Their luminous forms represent even more profound inner abilities of fire, air, moon, sun, speech, soul, and moon. In Vedic scriptures, there are numerous examples of these expressions.

"Yoga" is a phrase that means "to bring all things together, unite or harmonize." Integrating the body, breath, senses, mind, and consciousness is a characteristic of a true yogic approach. No part of the body can be spared from its effects of it. All levels and components of healing are involved in the yogic approach to healing, not just one or two of them. Classical Yoga takes an eightfold method, starting with asana, moving through pranayama, and ending with samadhi. We are not practicing Yoga or an integrated approach if we reduce it to asana alone. Instead, we are slipping into the same trap of ignoring the inner reality of prana, mind, and consciousness in favor of the external material reality.

Pranayama is sometimes referred to as the "inward medicine" of yoga. Depending on the situation, it can be used in a variety of ways to coordinate prana, bringing it directly into the body. The respiratory, circulatory, and neurological systems are the primary targets of pranayama, but it has a wide range of effects on both the body and the mind. Pranayama is an excellent guide for the use of herbs, and it functions in a similar way to herbs to correct the growth of energy in your body and mind.

All eight limbs of Yoga must be considered in a true Yoga treatment. A physical part of Yoga, like asana, cannot be separated from the rest of Yoga. The yogic rules and practices of proper living, the yamas, and niyamas, which make up the first two limbs of yoga, provide a solid foundation for any spiritual or healing practice. Yoga teachers and other health care professionals can also benefit from this implicit guideline.

While asana can help to repair the body and mind indirectly, pranayama is the primary method of modifying the way prana develops and expanding the amount of energy it can restore. The implications of this are that a true Yoga treatment, regardless of its effect on the physical body, must place an emphasis on pranayama and use asana to facilitate it.

Now, you have got a clear idea of how Yoga and Ayurveda are interrelated and how it works the best for your well-being. If you are inquisitively searching for the best Yoga and Meditation Centre in Kerala, to rejuvenate yourself, then there is no name other than Au Revoir, Ayurveda Treatment Centre Palakkad. Visit our website today and make an appointment today for a remarkable experience.