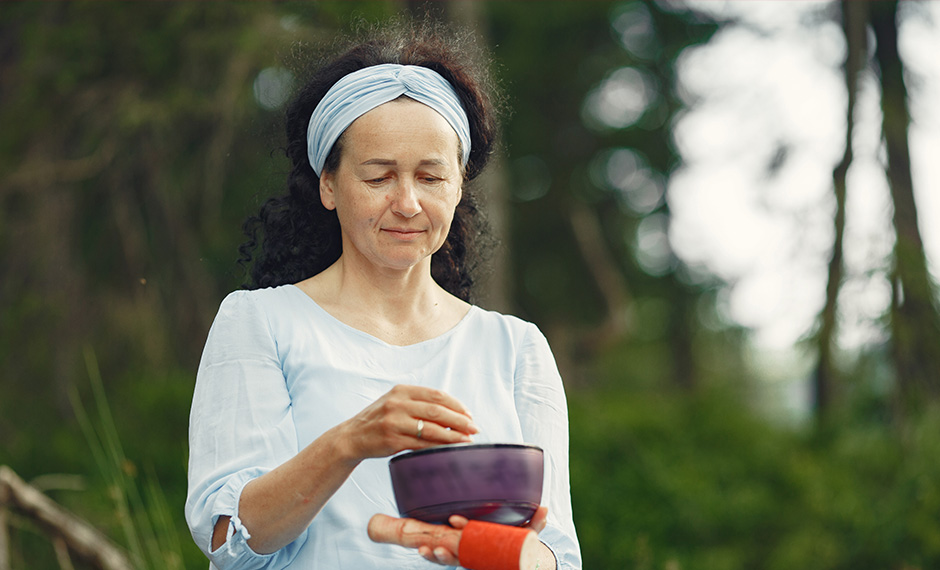 Dementia is an umbrella term used to describe a decline in mental ability severe enough to interfere with daily life. It affects memory, thinking, language, and judgement and is caused by physical changes in the brain. Dementia does not currently have a known treatment. However, treatments are available to help manage its symptoms. One such treatment is Ayurveda, a system of medicine originating from India that is based on the belief that the mind, body, and spirit are interconnected. Let us explore how the Ayurvedic approach to dementia can help manage its symptoms and improve quality of life.

Dementia is not a normal part of ageing. It is caused by damage to the brain cells that results in the loss of important brain functions. This damage can be caused by a variety of conditions, including strokes, head injuries, tumours, infections, and degenerative diseases such as Alzheimer’s disease and Parkinson’s disease.

Dementia can lead to a decline in cognitive abilities such as memory, language, and problem-solving skills. People with dementia may also have difficulty with activities of daily living such as bathing, dressing, and eating. In severe cases, they may become unable to communicate or take care of themselves.

Dementia is caused by damage to brain cells. This damage disrupts the ability of neurons to communicate with each other, and eventually leads to the death of brain cells. The most common causes of this damage are Alzheimer's disease, Lewy body dementia, frontotemporal dementia, and vascular dementia.

Ayurveda views dementia as a disease of imbalance, both in the mind and in the body. The goal of Ayurvedic treatment is to restore balance and harmony, using a variety of methods including diet, lifestyle changes, yoga, meditation, and massage.

Diet is a key component of Ayurvedic treatment for dementia. There are specific foods that are believed to help improve cognitive function and memory, and these should be included in the diet of someone with dementia. Foods that are high in antioxidants and anti-inflammatory compounds are especially beneficial.

There are many different herbal remedies that have been traditionally used to treat dementia, but some of the most commonly used herbs include Ashwagandha, Brahmi (Bacopa), and Ginkgo Biloba. These herbs each have unique mechanisms of action and benefits, but all three are generally considered to be supportive of cognitive function and memory.

Ashwagandha is an adaptogenic herb that helps the body to cope with stress and supports overall health. Ashwagandha has also been shown in studies to improve memory and cognitive function in people with dementia.

Brahmi is an herb that has traditionally been used to improve memory and cognitive function. It has also been shown in studies to improve symptoms of Alzheimer's disease.

Ginkgo is an herb that has traditionally been used to improve circulation and cognitive function. Ginkgo has also been shown in studies to improve symptoms of Alzheimer's disease and other forms of dementia.

There are many dietary recommendations for dementia, but the most important thing is to eat a balanced and healthy diet. Eat a lot of fruits, veggies, whole grains, and lean proteins to achieve this. It’s also important to limit your intake of saturated fats, sugary foods, and alcohol.

Eating a healthy diet can help reduce your risk of developing dementia, and it can also help slow the progression of the disease if you already have it. In addition to following a healthy diet, there are other lifestyle changes you can make to lower your risk of dementia, such as exercising regularly, avoiding smoking, and keeping your mind active by doing things like puzzles or learning new skills.

Yoga and Meditation for Dementia

Dementia affects memory, thinking, language, judgement, and behaviour. Yoga and meditation are two of the most popular mind-body therapies used to treat dementia. India gave rise to the yoga discipline, which consists of both physical and mental activities. Meditation is a practice of focusing the mind on a particular object or thought.

The natural treatments offered by Ayurveda for a variety of ailments are paired with healthy practices like yoga or meditation. Au Revoir has established a good reputation as the top resort in Palakkad that helps in complete rejuvenation. We assist you achieve positive results by providing the best ayurvedic panchakarma therapy in Kerala in a serene environment.Visit Au Revoir for guidance in developing a healthy lifestyle.